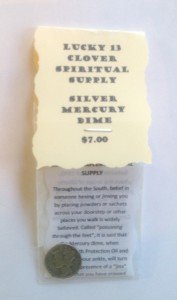 Silver dimes, minted between 1916 and 1945, have the image of Liberty wearing a winged cap. This image was thought to be Mercury, the Roman God of Communication, and the discovery of Liberty was too late before these dimes were called “Mercury Dimes”, thus the legend remains.

In conjure and hoodoo, silver Mercury dimes are alleged to be a powerful curio for protection, wealth and luck. It is said that a Mercury dime from your birth year is lucky and one that is from a leap years is especially lucky, according to cat yronwode, author of “Hoodoo Herb and Root Magic”.

Place Lucky 13 Clover silver Mercury dimes in your mojo bag or drill a small hole in them and tie them on your ankle on a red string to counter any “tricks” lain for you to walk over. Throughout the South, the belief that someone can jinx or hex you by placing sachet powders or ground herbs on your doorstep or walkway for you to walk on them is widely believed. This condition is called “poisoning through the feet” and it is said that the Mercury dime tied at your ankle will turn black in the presence of evil. If your silver Mercury dime has turned black, it is said that you need to do a thorough spiritual housecleaning and take a series of cleansing baths to rid you of the “curse”. 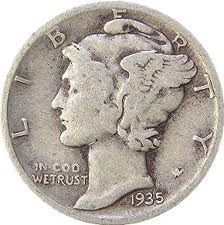 It has also said that if the red string breaks while wearing it, allegedly the dime “took a hit for you”, meaning that it absorbed or deflected any jinx or evil sent your way and placed where you could have walked over.

This site uses Akismet to reduce spam. Learn how your comment data is processed.

Your shopping cart is empty. 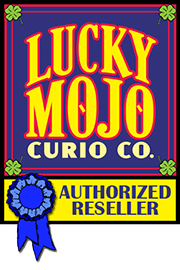 Lucky13Clover.com makes no claims to the supernatural or of the authenticity of items sold on this site.
Products are offered for sale for what they may be worth to the purchaser.
All statements must be taken as legendary or superstition, and should not be taken as any representation of Lucky13Clover.com, its employees, or its principals.

Your shopping cart is empty.